Our attorneys make sure you are protected

In business, it is not unusual for companies to be merged or acquired. It’s also not unusual for new owners to want to make changes. Some of those changes may involve putting in a new management team, resulting in executives losing their jobs. That’s why it’s important to have a change in control agreement in place.

The experienced employment attorneys at Gibson Law, LLC used to represent employers, including cases involving separation and severance agreements. We know the issues that can come up when there has been an acquisition or merger and how executives can be impacted. Now, we help executives negotiate change in control agreements to provide them with financial security.

We consider your financial future

Change in control agreements are contracts that outline pay and benefits an executive will receive in the event of a change in company ownership. They are also sometimes known as “golden parachutes,” as they provide protection for executives if they are forced out after a company takeover.

Make sure your interests are protected

A change in control agreement may address:

Change in control agreements are complicated. It’s important to make sure the language is clear to all parties involved so there is no confusion. That’s why it’s important to talk to an experienced employment attorney who can negotiate an agreement that meets your needs to ensure your financial security.

Learn more about how we can help. Contact us for a consultation with a member of our legal team at our Cincinnati or Dayton office. 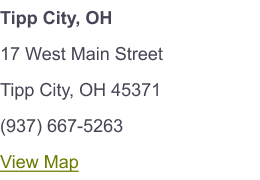