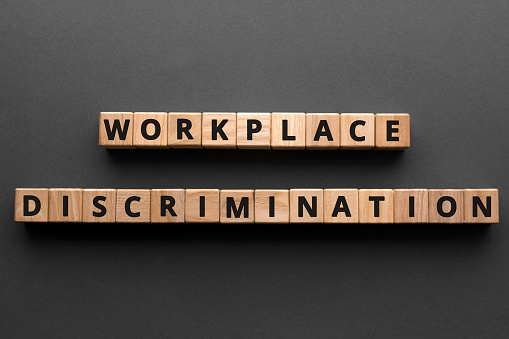 No worker should be belittled, harassed, or threatened at their job, but new court documents allege that's exactly what happened to a group of current and former Tesla employees who filed a discrimination lawsuit against the tech giant.

According to The New York Post, black employees at Tesla's Fremont, California, factory were subject to a hostile work environment where they were faced with constant racist remarks, hateful graffiti, and other discriminatory actions in the workplace. New court documents, which were filed to get a potential class-action lawsuit off the ground, reveal troubling details and include statements from over 100 former Tesla workers who say they witnessed workplace discrimination based on their co-workers' race, age, and gender.

While working at Tesla's Fremont factory, an ex-worker says he was called a racial slur around 100 times. The former employee says he saw hateful graffiti in the form of racist words and images scribbled in the bathroom, and that black workers were often unfairly denied job promotions and required to complete lower-level work tasks that were not part of their job description.

To make matters worse, Tesla supposedly knew about the hostile working conditions and did nothing to rectify the problem. In fact, following initial claims of discrimination in 2017, Tesla responded by sending out a press release titled "Hotbed of Misinformation." Tesla claims that it investigated the discrimination complaints and ultimately fired several black and Hispanic workers over allegations that they had used threatening and racist language. Along with the statement was an email from Tesla CEO Elon Musk, who stressed to employees that they needed to have "thick skin" and accept a sincere apology if "someone is a jerk to you."

Racial discrimination is illegal under federal law, and that means employers may not treat their employees (or those applying for a job) unfavorably due to the color of their skin or on the basis of their racial or ethnic background.

Common examples of racial discrimination in the workplace include:

In Ohio, mistreated workers may report racial discrimination to the Ohio Civil Rights Commission or the Equal Employment Opportunity Commission (EEOC). Keep in mind that certain deadlines apply that may affect your legal rights.

How a workplace discrimination attorney can help

If your rights as an employee or job applicant have been violated due to workplace discrimination—whether that's because of your race, religion, national origin, age (over 40), color, sex (e.g., sexual orientation, gender, if you are pregnant), or disability—it's generally in your best interest to talk to a workplace discrimination lawyer as soon as possible to learn about your legal options. Claims involving on-the-job harassment or discrimination are often highly contested, and your attorney will need time to investigate, analyze, and build your case.

At Gibson Law, LLC, our highly skilled attorneys have the knowledge, experience, and resources to help you pursue the monetary compensation and justice you deserve. No employee deserves to have their dignity and respect stripped of them in the workplace, which is why we take these claims so seriously and fight for the best possible outcome in each and every case.

See how our law firm can help you by contacting us today for a consultation. We're located in Ohio and proudly serve clients in the Cincinnati-Dayton area.