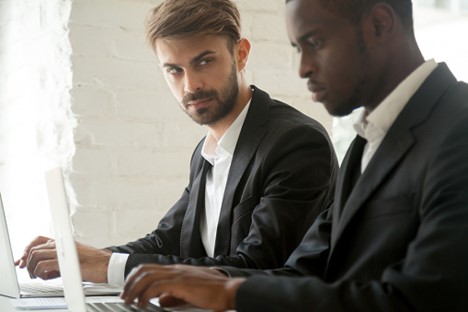 Our employment attorneys reveal the details you should know

Despite increased awareness about protecting the rights of racial minorities, racial discrimination in the workplace remains a problem at some Ohio companies, according to a recent news investigation by The Columbus Dispatch.

The investigation focused on allegations of racial discrimination raised by 15 former employees of Equitas Health, a Columbus-based non-profit health care provider that serves the LGBTQ community and people living with HIV/AIDS in Ohio and Texas.

Former employees at Equitas Health described a culture of “disrespectful, degrading and dehumanizing treatment” of Black employees at the organization, according to The Columbus Dispatch.

Specifically, the news report notes: “Current and former Equitas employees said they experienced or witnessed microaggressions, inadequate training, and an inability to advance within the organization for people of color.”

Racial discrimination in the workplace involves harassment or discrimination of employees (or prospective employees interviewing for a job) based on their race. One recent study found that nearly one in four (24 percent) of Black people and 24 percent of Hispanic people have experienced racial discrimination at work within the past year, according to a recent Gallup Center poll.

Examples of workplace racial discrimination include:

Racial discrimination complaints at work cover can a wide range. Whatever the circumstances or the situation, this type of behavior should never be tolerated or condoned at work.

Companies that allow this illegal behavior to occur must be held accountable for their actions. That’s why it’s important to talk with a racial discrimination attorney right away to learn more about your legal rights and options.

What laws protect workers in Ohio?

Many state and federal laws exist in Ohio that protect the rights of works based on their race. Such rules and regulations include Title VII of the federal Civil Rights Act of 1964. This federal law created more than half a century ago prohibits companies from discriminating against employees or potential employees on the basis of their race, along with banning employment discrimination based on someone’s ethnicity, age, gender, religion, or national origin.

In Ohio, the Employment Law Uniformity Act (ELUA) adopted in 2021 updates the state’s anti-discrimination statute (Ohio Revised Code § 4112), which was first adopted in 2001. This state law bans discrimination on the basis of someone’s race, as well as on the basis of someone’s gender, religion, ancestry, national origin or if they have a disability.

Many other laws and legal protections exist for employees of color in Ohio. Companies that refuse to enforce or abide by these rules must be held accountable for their actions. In Ohio, the Equal Employment Opportunity Commission (EEOC) and/or the Ohio Civil Rights Commission (OCRC) typically investigate allegations of racial discrimination.

And even if the EEOC or OCRC conducts an investigation, it’s important to understand that they’re simply focused on determining whether your rights were violated in the workplace. Such investigations often do not deal with whether you should be financially compensated due to your company’s actions.

At Gibson Law, LLC, our Ohio racial discrimination attorneys can help you every step of the way. We know how to thoroughly investigate and build cases based on fact. We also have extensive courtroom experience and prepare every case we handle for trial, if necessary.