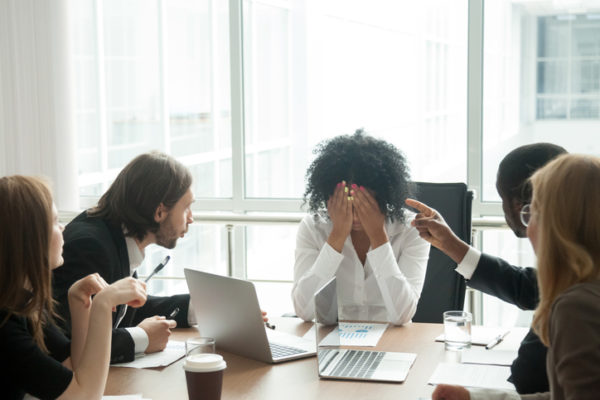 The Ohio family of a grocery store worker who died by suicide is suing the company for wrongful death, claiming an extreme campaign of at-work bullying and harassment against their late son led to his death.

The lawsuit is inspiring questions about federal and Ohio employment laws requiring safe work environments. How liable is a company for preventing exposure to mental, as well as more traditional physical, hazards?

Now, perhaps more than ever, people are taking mental health seriously in the workplace. However, proving a workplace is toxic can be a complex undertaking.

How Liable Is a Company for Employee Mental Health?

Ohio has specific regulations regarding unlawful harassment and "hostile work environments." Such a situation is created when the unwelcome behavior is based on a protected class (sex, race, religion, etc.) and is so severe or pervasive that it interferes with the victim's ability to do his or her job.

Everyday stress doesn't count, according to a guide by the state attorney general. The key to proving a hostile work environment is to show examples of "severity and pervasiveness."

In the case mentioned above, the lawsuit claims the employee was targeted for his political beliefs. He allegedly reported the problems to higher-ups, but no action was taken. A campaign of "torturous"  bullying, harassment, and sabotage involving management was allegedly allowed to continue. Eventually, this led to their son, a dairy department manager, into a "transient episodic break" in which he took his own life, the lawsuit claims.

In this case, the father of the deceased filed the lawsuit. The family makes 15 claims alleging a work environment so bad, it was illegal. Among the claims are:

Justice For Victims Of Workplace Abuse

If you or a loved one is the victim of a toxic or unsafe work environment, it is your right to be compensated for the physical, career, and emotional losses you are suffering. Gibson Law, LLC is a trusted Ohio employment law firm that seeks justice and compensation for people who are harassed, wrongfully fired, have their wages stolen, or are the victims of other workplace abuse.

Our Ohio employment law attorneys believe no one should have to tolerate abusive behavior at work. That's why we are aggressive in our investigation, negotiation, and, if necessary, litigation of your claim.

If you suspect you are the victim of workplace harassment, contact us to see how we can help. We proudly serve all of Ohio and have offices in Cincinnati, Dayton, and Tipp City.